Linspire Embedded and Linspire in the cloud

The reason why there are multiple editions of Linspire is very simple.  People use devices in different ways.  For general desktop users there is one choice: Linspire 7.0.  There is no Home, Pro, Ultimate or Enterprise.  There is one release for all.  If the user needs more they can install more.  Also, its very simple there is no GNOME edition, KDE edition, LXDE edition, Mate edition.  We have a very consistent desktop experience across all devices.  Now, as for users having different needs lets take a look at two of the most inquired about releases of Linspire.

Linspire Embedded is what we call a utility operating system.  This system comes with nothing outside of system utilities.  There is no web browser, there is no multimedia player and there are no games.  Who would want a system like that?  People who have specific needs such as running it on a router or network switch, Internet of Things devices, servers, clustering or terminal services.  There is also a higher security footprint.  Customers are isolated from software glitches in things like browsers and third party software that we dont develop or control.   Linspire Embedded generally runs in less than 1 gig of RAM and a vanilla install requires less than 5 gb of space.  Two of our clients for example.  One Auto Parts retailer uses Linspire Embedded to host their parts database and has the system installed on terminals and their only job is to look up part numbers and prices.  One of our school systems uses Linspire Embedded as a multimedia server and has it setup as a "studio" system.  With Linspire Embedded OEM's can also have a hand in whats included and we do have a couple of hardware manufacturers that use Linspire Embedded on dedicated usage scenario systems.  So Linspire embedded is not targeted towards general desktop use.

Now in contrast we have

Now, we often get asked how do we compare to the two best known cloud service OS's, Peppermint OS and CloudReady, and both are fine OS's and have their strengths.  Peppermint OS is a community driven cloud service OS.  It uses much of the same technology as Linspire Cloud.  But, Peppermint OS is a community driven OS.  When you purchase a USB key with Peppermint OS you arent buying a product you are supporting that project and allowing them to further develop their project.  You are restricted to community support.  You are also restricted to, out of box, web apps that are compatible with Firefox.  With Linspire Cloud, you get a full service license meaning we provide the support and being as we come bundled with Google Chrome which many web apps are tested and certified against you have the same web app compatibility as ChromeOS.  CloudReady has a vast following.  For users who want a ChromiumOS recompiled OS.  CloudReady has many of the same and more flaws than ChromeOS.  CloudReady does not support the Android app infrastructure, CloudReady is basically a compiled ChromiumOS with Flash and Webvine plugins.  They use the same sources as ChromiumOS and do nothing to enhance compatibility.  They have no AMD support or its shotty on some systems, they dont support the current Intel Core line of processors and their BayTrail support is non-existent which is BTW the main processor used in many Intel based Chromebooks.  We did a test on NeverWare's CloudReady support.  We purchased a license and called in several support issues.  The common response time was three days, one support issue we didnt get a response for two weeks.  With Linspire Cloud and the rest of our product line we have a general 24 hour support response.  Sometimes our response is within just a few minutes.  Cost is also key, if your business or agency has 100 systems to repurpose you are spending $9,900.00 on CloudReady.  For Linspire Cloud an unlimited account, which means as many systems as you can and want to install on, costs $1,299.99.  For the CloudReady Education edition per device its $1,500.00 for a year per device for 100 systems.  For Linspire Cloud for Education facilities we charge only $699.99 for an unlimited support license for a year on unlimited devices.  On CloudReady you cannot install any application outside of the Chrome Web Store.  With Linspire Cloud you can install any Linux based application and any Wine supported Windows application.  We support more hardware that is commonly found in systems purchased by businesses and educational facilities and we have a much faster response time than some of our competitors.

So those are the differences between Linspire Embedded and Linspire Cloud and how we compare to some of our competitors.  We are fully committed to bringing you the best of breed experience and support among all of our product line.  From general desktop computing to specialized services. 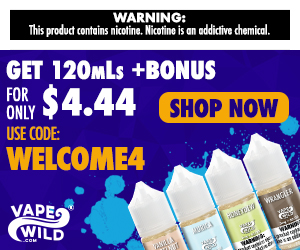