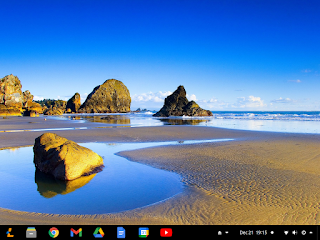 Today, the PC/OpenSystems LLC Development team releases Linspire 11, a major update to our flagship product. We continue to focus on our cloud first strategy by including all of Google's services that our users rely on - Gmail, Docs, Maps. However, traditional use cases have not been abandoned - Linspire 11 allows proper installation of any and all Linux based desktop applications without relying on a virtual machine / half-baked container setup. Linspire 11 features a modified version of GNOME 3 set up with a more traditional look that Windows users will find reassuringly familiar and have zero issues becoming accustomed to. A beautiful and intuitive desktop, top-notch performance, and uncompromising security - Linspire 11 is the only true replacement for ChromeOS and Windows 11 that you will need. At the end of the day, Linspire is the premiere desktop Linux system for both the average PC user who wants their computer to just work, and the performance-focused tweaker.
The distribution includes :
Linspire 11 includes several other security and feature updates. One difference we did make is we have dropped the inclusion of the .NET Core 6. But it is still available for download from the repositories. Below we have a short FAQ about Linspire 11.
You can purchase Linspire below.
FAQ
What changes have been made to Linspire 11 vs its predecessor?
Linspire 11 is a hybrid system, allowing the user to run PWA (Progressive Web Apps) as well as traditional desktop applications available in the Software center. We have changed the focus of our system to concentrate on PWAs but to still remain flexible, so users can run the legacy apps they need / want in tandem with the newer cloud-based offerings. This release is GNOME only; going forward there will be no other desktop environments offered on Linspire.
Are the web apps included just bookmarks to Google services?
No, the PWAs included are full fledged desktop applications, integrated with system services so that features users are accustomed to like drag and drop work seamlessly. PWAs take full advantage of system hardware, but sandboxed, so that if one application misbehaves you can kill it without taking down the rest of your system, web apps, or browser sessions. Also, you can launch the individual applications without having to run separate browser sessions.
What are some advantages of using PWAs vs traditional desktop applications?
Google Docs and Microsoft Office are two of the most used office suites in schools, enterprises and at home. So people can use the applications they are familiar, independent of the operating system, and take their work with them : documents created in Google Docs are stored in Google Drive. So that document, spreadsheet or presentation is stored in the cloud if your system crashes; you can hop onto another system, log in, and these documents are ready for use. GNOME fully integrates Google Drive in with your system so it's mounted like any other removable storage device.
What is the difference between Linspire and Chrome OS/CloudReady?
Linspire is an Ubuntu Linux based distribution and contains many of the applications and familiar interfaces commonly found in Linux. It does, however, include all multimedia codecs / plugins by default and some hardware drivers not included in other distros. Chrome OS and CloudReady are not Linux distributions; they use the Linux kernel, and that’s where their similarity to a Linux distribution ends. Running full-fledged Linux applications on Chrome OS requires a container application called Crostini - essentially a minimal install of Debian 11 (currently in beta). While this works, it is basically like running your Linux apps in a virtual machine. Linspire is a fully native environment, not virtualized. Apps can be added through the Software center, or Flatpaks, Snaps and Appimages. Chrome OS runs on specialized hardware and can't run on common PC hardware; Linspire can and does run well on a variety of vendor PC platforms. CloudReady does support (some) PC hardware, but only runs Web applications. CloudReady does not support Android; Crostini is also not supported in CloudReady but can be used - the results are hit and miss.
I don't like Google or Microsoft ANYTHING. I don't like Chrome or Edge. What are my choices in Linspire?
Linspire allows you to remove Chrome and install whatever browser you wish in its place; Firefox, Opera, Midori, Epiphany are all available in the repositories. You can also use the Menu Editor in Preferences and remove the Chrome Apps submenu; your system is then completely “de-googlized” and whatever apps you want or desire can be substituted in their place. With Chrome OS you are stuck with Chrome and Google's services.
What information do you share with Google?
Absolutely NONE. The only time any information is exchanged with Google is when you decide to use their services. Google does not get any sales information from us and your information is not stored and is not sold by PC/OpenSystems LLC at ANY TIME.
I hate GNOME. What can I use besides GNOME?
Same as a preferred browser, XFCE, Budgie, Plasma or any other desktop environment can be downloaded and installed from the repositories; knock yourself out.
I don't “buy” Linux at any time and don't wish to support Linspire. What are my options?
You are not buying Linux you are purchasing support.  If you do not need support you can download and install Freespire. Freespire is free to use, download and redistribute.
Will you guys ever do IoT?
Right now we do support Intel's IoT offerings. We want to support the Pi and other ARM based IoT devices.
I am a professional YouTuber or reporter and I want to review Linspire. Can I get a free copy?
You can contact our press contact at press@pc-opensystems.com or support@pc-opensystems.com and we will handle that on a case by case basis. We love Youtubers and we like the press, good or bad.
Posted by Roberto J. Dohnert at 12:46 PM